Charlotte, N.C. — Eric Gustafsson has been named the new vice president of franchise development for Famous Toastery. He will play an instrumental role in supporting incoming franchise owners as the brand moves closer to achieving its goal of reaching 50 units — doubling its current footprint — by 2024.

Gustafsson brings many years of experience in the restaurant and franchising industries. Most recently, Gustafsson worked as director of business development for REEF, a global ghost kitchen technology company with 400 operations throughout the world. Prior to that, Gustafsson worked as a franchise business consultant with Goddard Systems, Inc., as well as an area director for both Jerry’s Subs & Pizza and Hurricane Grill & Wings.

According to Robert Maynard, CEO and co-founder of Famous Toastery, Gustafsson’s addition will help fuel the brand’s success as it grows across the country with the goal of selling 8 to 10 deals in 2022 and opening 4 to 6 restaurants next year.

Charlotte, N.C. based Famous Toastery began in 2005 in a small house-turned-restaurant where best friends Brian Burchill and Robert Maynard opened their first breakfast spot. Famous Toastery evolved into a franchise system in 2013 and now has over 25 locations. For more information, visit www.famoustoastery.com. 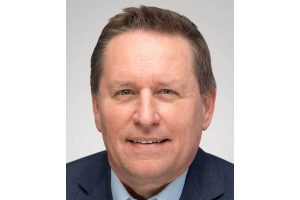