Bentonville, AR — Wal-Mart Stores, Inc. has made a number of personnel changes across the business, including the promotion of Gisel Ruiz who will head all U.S. store operations.

Bentonville, AR — As it approaches its new fiscal year, Wal-Mart Stores, Inc. has made a number of personnel changes across the business.

“We are very intentional about developing talent to meet the needs of our rapidly growing business worldwide,” said Walmart President and CEO Mike Duke. “The promotions we are announcing today are clear evidence that our succession and management development programs work, and that we have highly talented, well-rounded and experienced business leaders ready to step into larger roles when the opportunities arise.”

Current Sam’s Club President and CEO Brian Cornell recently announced his departure for family reasons. With his departure, Rosalind G. Brewer has been promoted to president and CEO of Sam’s Club, reporting to Duke, effective Feb. 1. Brewer was most recently president of the Walmart U.S. east business unit, where she was responsible for more than $100 billion in annual revenue, representing almost 1,600 stores. Brewer will be the first woman to lead one of Wal-Mart’s major business units. 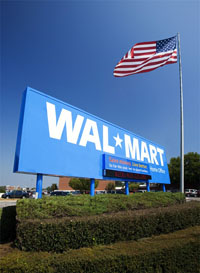 Gisel Ruiz has been promoted to executive vice president and chief operating officer for Walmart U.S., effective Feb. 1. In this position, she will be responsible for the company’s U.S. operations, which cover more than 3,800 stores and include Supercenters, discount stores, Neighborhood Markets and Walmart Express formats. Gisel will continue reporting to Walmart U.S. President and CEO Bill Simon and all three regional business unit presidents will report to her.

Karenann Terrell has been promoted to chief information officer for the company, effective Feb. 1. In this position she will be responsible for the company’s global technology systems including stores and clubs, supply chain, merchandising and enterprise platforms. Terrell was most recently Walmart’s assistant chief information officer and will continue reporting to Ford. 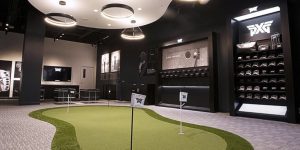