Palm Beach Gardens, Fla. — Belgard, which manufactures commercial pavers, has been leading the way on the final phase of construction of Alton Town Center in Palm Beach Gardens, Fla. The 350,000-square-foot mixed-use retail project, which welcomed its first stores and restaurants in 2018, complements an adjacent housing development by providing residents with a variety of stores, restaurants and other amenities within walking or biking distance from home. Located within a high-traffic area and intended to be a pedestrian-friendly plaza, the design of the roads and walkways within Alton Town Center were critical to both safety and functionality. Designers chose Belgard’s Holland and Moduline Series® pavers throughout to create a visually unifying theme with inherent traffic calming and pedestrian safety features. 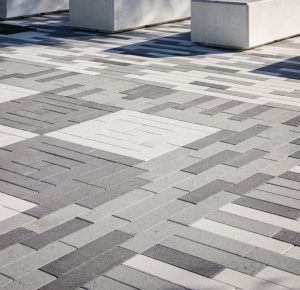 “The challenge was to create a design that was pedestrian-friendly and that visually connected many destinations within the center. We needed to make visiting the plaza a unique, inviting experience, and decided a bold, visually-striking pattern on the ground would be a seamless way of unifying all the different destinations,” explains Nick Mihelich of Urban Design Studios. “As people walk through the center, they know just by looking at the ground in front of them that they’re still within the plaza. And, if they’re looking down at their phones, color changes on the ground also serve as a warning that they’re entering a roadway.”

When considering which pavers to use for the project, Mihelich says the elongated shape of the Holland and Moduline pavers were appealing, as were the colors available. “We did mockups of different combinations of colors before ultimately choosing the ones we used: Charcoal, Grey, White, Harvest Blend and Napoli. We had enough paver options to create a design that really made the pedestrian area pop and stand out from the roads,” he explains.

“Aside from being visually appealing, this type of paver is most economical for a roadway,” says Rob Goossens, vice president of Precise Paving. “We’ve been installing them since the 1980s because they have a good interlock and are the perfect paver to put in these large roadways. They are also so durable that the pavers we installed 30 years ago are still in the ground, in great shape.” 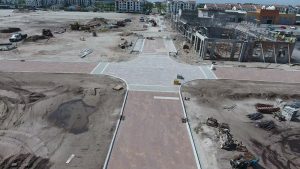 The roadways represented the largest paved section within Alton Town Center, with approximately 150,000 square feet of pavers. It was important that this be installed fairly quickly, as the installation team was following the plaza’s general contractors to put down the roads after buildings were completed. “We were able to machine install the Holland Stone pavers, making the process three to four times faster than typical hand installation,” says Goossens. “We completed the roads in roughly 2 months using machine installation, with most of them finished before any of the stores opened.”

“The machine installation was a very slick operation,” agrees Russ Suddeth, senior vice president and principal of J. Raymond Construction Corp, general contractor on the project. “Rob and his team were very quick and agile with the paver installation. We would complete around three or four buildings and they would quickly follow up with the roadway. It was a very efficient process.”

To create traffic markings on the roadways, such as stop bars, divider lines, turn arrows and crosswalk lines, different colored pavers were incorporated into the design.

“I love that the ADA markings and necessary traffic markings could be done with the pavers because we could easily get the yellow and white colors necessary. There will never be peeling paint making the design look old and worn,” says Mihelich. The pavers were sealed for added color protection against the extreme Florida sun and weather.

Another area where the project used pavers uniquely was at the crosswalks. Traditionally, a 12 by 12 header curb of poured concrete would have delineated the areas. However, designers chose to instead use a foot of cream-colored pavers to mimic curbs and bring attention to the crosswalks.

“Close to $250,000 was saved by not using header curbs, as well as a substantial amount of time,” says Goossens. “If we went with traditional header curbs, we would have had to dig out the base, form, inspect and pour them. Not only would this disrupt the base, but it would also have significantly slowed us down, particularly with the summer rains we had that would have inhibited the pouring and inspection stages. On a project in which speed was critical, it would have been a nightmare.”

While the pavers create a visually unifying and appealing design throughout the plaza, they were also used to help keep pedestrians safe in what is a very busy area. “Pavers provide a traffic calming effect, as drivers tend to slow down due to the sound of driving on pavers,” says Goossens.

He adds consumers visiting the plaza also benefit from the fact that pavers retain less heat than traditional asphalt. “Blacktop gives off much more heat than a paver, particularly the lighter colored pavers used here. This is a big benefit in Florida’s hot climate, since we can keep the heat down outside the stores.

Now thriving with businesses such as Publix, PetSmart, L.A. Fitness, and more than two dozen restaurants and stores, Alton Town Center has become the hub developers intended. The final phase was adding The Home Depot in October 2021. “We’ve accomplished the pedestrian-friendly, unifying look we envisioned and it has streamlined the entire Alton Center experience,” says Mihelich. 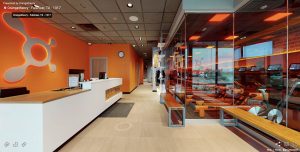 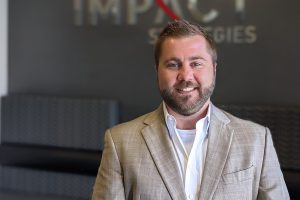 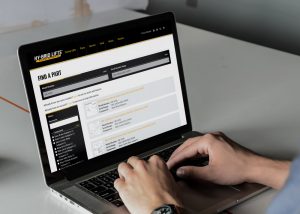 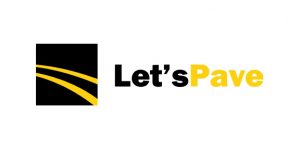