Hauppauge, N.Y. — BOSS Facility Services’ Robert S. Keingstein lost his battle with cancer on June 20, 2020. He was 68 years old. Bob was a true industry professional with a passion and knowledge of the HVAC industry for over 51 years.

Bob started his career as an HVAC apprentice for Forman Air Conditioning at the age of 17 and instantly fell in love with the trade. At the age of 23 he started his first HVAC company and never looked back. He became involved with ACCA (Air Conditioning Contractors of America) at the local level becoming the chapter president of the Greater New York area. As Bob’s career progressed, he became involved at the national level ultimately becoming the president of the association in 1999-2000. Throughout the years Bob served on many boards and associations, received many awards and owned several businesses. For the last 20 years, Bob was in business with his three kids. In early 2001, his son Keith Keingston founded BOSS Facility Services at age 26 and brought his father on board for his veteran expertise and HVAC industry connections. Keith also brought on board his sister, Kerri, who brought experience from the lighting and security industries and an acute mind for business; and his brother, Kevin, who took the reins in the plumbing and special projects departments. Bob loved every minute of working with his kids at BOSS.

Bob will truly be missed by his friends and family. He is survived by his wife of 48 years, Pat, and his three children, Keith, Kerri and Kevin. He is also survived by six grandchildren: Juliette, Cooper, Landon, Khloe, Kendall and Emili.

BOSS Facility Services is a nationally recognized leader in the facility maintenance industry. With major retail, finance and corporate accounts, BOSS provides clients with unparalleled response times and communication, as well as delivering exceptional results on every project. 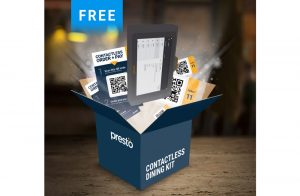 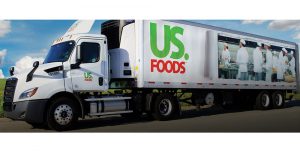 Gallery image with caption: US Foods to Provide Free Reopening Kits to Independent Restaurants Across the Country June 1, 2020