Raleigh, N.C. — Golden Corral, the nation’s largest grill-buffet chain, plans a major redesign of its restaurants. The first new building prototype, called Gateway, is under construction in Greensboro, N.C., and will open later this year. The Gateway design is intended to allow Golden Corral to provide an enhanced experience for its guests, as well as a more efficient operating platform for its operators. 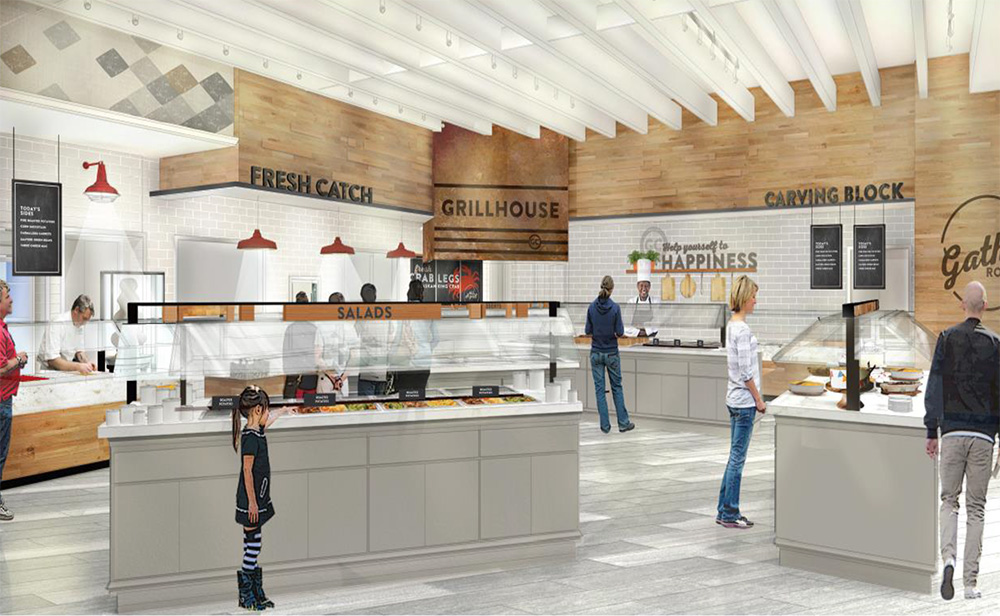 The restaurant’s interior design is highlighted with a stone fireplace, larger windows for increased natural light and more than 1,000 square feet of additional dining space allowing for additional room between tables. The buffet area has the look of a residential kitchen with tiled walls and food displayed on buffet bars specifically designed to merchandise Golden Corral’s made-from-scratch specialties. The new bars will highlight an enhanced carvery and feature the new line of smoked ribs, chicken, brisket and turkey, cooked in new state-of-the-art smokers with real hickory wood right in the kitchen.

Other enhancements include replacing the self-serve beverage stations with servers delivering beverages to guests, new plates and upgraded silverware served at each table and new uniforms for Golden Corral team members.

Golden Corral also partnered with Florida-based kitchen design firm, Profitality, to create a more efficient operating platform. The kitchen redesign is based on time-motion studies and increased employee efficiency, which resulted in a reduction of the kitchen space of nearly 900 square feet.

“The minute our guests see the new Golden Corral they will begin the journey through a totally new buffet experience,” says Lance Trenary, president and chief executive officer of Golden Corral. “This is the culmination of a year’s worth of research and months of planning with the best design firms in the business, our franchisees, and our internal team. It will bring to life our goal of creating an elevated buffet dining occasion at Golden Corral.”

The second Gateway prototype will begin construction in Gainesville, Ga., in 2018. A complete gallery of artist renderings of Golden Corral’s redesign can be found here. 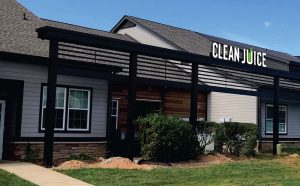 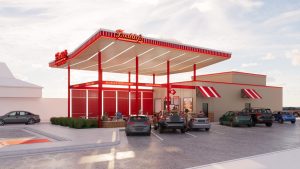 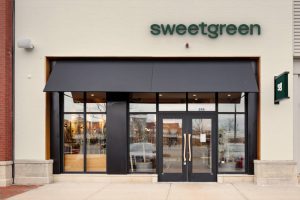 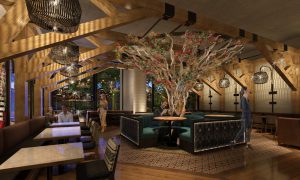 Two New Restaurant Concepts by Celano Design Studio to Open this Summer in Las Vegas May 27, 2021 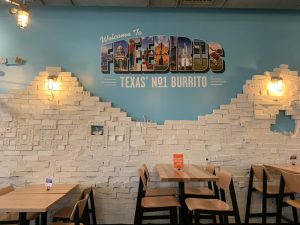 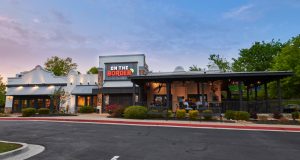 On The Border Debuts All-New Nostalgic Prototype May 6, 2021