Seattle — MOD Super Fast Pizza Holdings, LLC, a fast-casual pizza pioneer, has promoted Becky Mulligan to the newly-created position of chief restaurant officer and Stephen Blum as its first chief development officer. The company also has made three executive-level hires, with a focus on enhancing MOD’s strength in franchising, culinary innovation and operational excellence as it continues to expand its store footprint of more than 520 locations system-wide.

“As MOD continues to scale, we remain focused on our people-first mission, while delivering an incredible and consistent customer experience, centered around our craveable food. We are incredibly grateful for Becky’s leadership and commitment to our purpose over the past year and we all celebrate her well-deserved promotion,” says Svenson, co-founder and CEO. “I am equally excited to welcome Stephen, Cindy, Scott and Ben and to congratulate James on a well-deserved promotion. They are all industry veterans who bring decades of experience to the leadership team and who will help us continue to support our people and product as we further our growth trajectory, on- and off-premise.”

MOD Pizza was founded in Seattle in 2008 by serial entrepreneurs Scott and Ally Svenson; today it has over 500 stores across 29 states and Canada. For more information, visit www.modpizza.com. 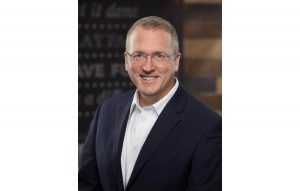