How to extend the life of your carpets and lower your total cost of ownership over the long haul.

About 20 years ago, a major U.S. insurance company, with retail facilities throughout North America, found they were replacing carpet in their store locations about every 6 years. While this is not uncommon for a retail facility — very often commercial carpeting will last from three to 10 years in a retail or similar facility, depending on an assortment of variables including foot traffic — the problem was that this insurance company had more than 28 million square feet of carpeting in their facilities which was made up of both retail and office space. This was a huge investment. To help moderate the costs, they removed and then replaced about 5 million square feet of carpeting every year . . . still a significant outlay.

The company approached a cleaning and carpet cleaning consultant to see what could be done to mitigate these costs. While installing hard surface floors was an option, the insurance company preferred carpeting in their locations for a variety of reasons ranging from décor and maintaining the image they wanted to present to the public to functional concerns such as the fact that carpet helps “quiet” a facility, allowing more privacy for customers when discussing their insurance needs.

The average size of each retail facility was about 100,000 square feet with about 90% of that area carpeted. In 1994 dollars, the insurance company paid $350,000 to purchase and install carpet in each retail location. Over its 6-year life, the prorated cost for carpeting a single location was $58,334 per year. The insurance company also invested 15 cents per square foot in cleaning and maintenance of the carpeted area of each location — an additional $13,500 annually — making the total cost of ownership of the carpet nearly $72,000 per year. 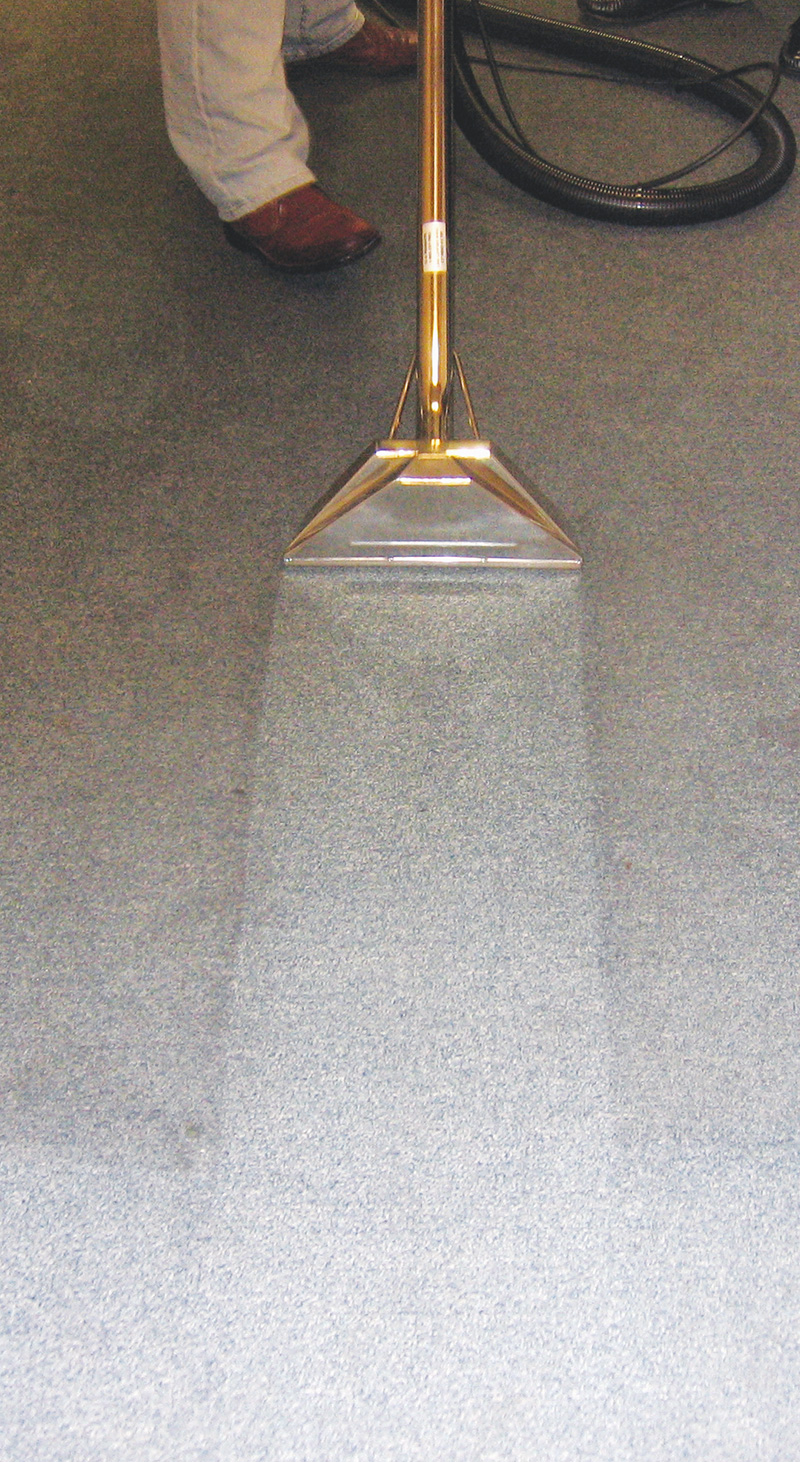 What the consultant soon realized is that the insurance company was following a maintenance program that many other retail (and office) facilities have implemented and still use when it comes to caring for their retail facility carpets. Very simply, because the cost to purchase new carpet was so high, they took as many steps as possible to save money on maintenance. The consultant suggested, quite directly, that they had things turned around. He suggested that if they spent more money on cleaning and maintenance, the carpets would last longer, making the cost of ownership considerably lower in the long term.

As you can imagine, telling this insurance company to take a more proactive approach and spend more money on cleaning and maintenance of the carpets was not exactly the conclusion they wanted to hear. What if they followed the consultant’s advice, did spend more money, but found they still had to replace 5 million square feet of carpeting every year? No savings there. Further, the insurance company had long assumed what they were spending on cleaning and maintenance — 15 cents per square foot —should be more than adequate to maintain the carpets.

Next, the insurance company was in for another shock. The consultant suggested that they increase the amount spent on this proactive cleaning and maintenance program by 66%. This would bring the cost of maintenance per square foot to about 25 cents, a pretty steep increase indeed when you realize we are talking about 28 million square feet of carpet.

On top of these eye openers, another issue flared up. For accounting purposes, the insurance company had a capital budget to purchase millions of square feet of carpeting every year. It also had a separate budget, an operating budget, for the maintenance. The consultant said the two were actually one number and the funds should come from one budget. His reasoning was, by increasing cleaning and maintenance, the costs to purchase carpet would come down. They were so interrelated that they should be treated as one. This of course raised eyebrows in the accounting department, as did his other conclusions.

The consultant promised that the insurance company would see a cost savings if they implemented his program of increasing costs to care for the carpets. Likely seeing no other options on the table and honoring the gentleman as an expert, the insurance company decided to implement his suggested program and see if it worked . . . and it did.

The insurance company doubled the amount of money they spent on cleaning and maintenance from 15 cents to 30 cents per square foot. In dollars and cents, this means that, on average, maintenance costs jumped from $13,500 to about $27,000 per retail/office location. But the payback is that they have seen the life of their carpets also double, from 6 to 12 years. This lowered the prorated cost of the carpets from $58,334 to just over $29,000. . . a significant reduction. And when the cost to purchase the carpets and maintain them is treated as one number, it amounts to slightly over $56,000 — about 22% less than the $72,000 per year they had been paying.

There was another savings as well; however, this one did not involve dollars and cents. Even though more recycling efforts have been developed, roughly 5 billion pounds of carpet is disposed of each year, with the bulk of it ending up in already overcrowded landfills. By doubling the life of carpet at just this one company, a fairly large dent has been put into the amount of carpet trucked to landfills where it can take years to disintegrate.

Steps You Can Take

We have asked a carpet cleaning expert, Bob Abrams, product manager for U.S. Products, a leading manufacturer of hot water carpet extractors and other tools for maintaining carpets, to be our consultant and discuss what steps retail facility managers can take to help increase the lifespans of their carpets. He also believes taking a proactive approach and increasing cleaning and maintenance can result in carpets that last longer, which in turn is a cost savings.

His suggestions include the following:

• Install as much as 15 feet of high quality matting at store entrances; this can help capture and trap as much as 80% of all soils entering a retail store.

• Increase vacuuming frequencies, especially at areas that have a high soil-load; this would include not only entrances but also adjoining areas of the store between warehouse and storage and customer areas.

• Hot water carpet extraction should be scheduled on set frequencies.

“This last item needs a bit more discussion,” says Abrams. “First of all, the heat generated by hot water carpet extractors helps improve the effectiveness of cleaning chemicals. This we know from many studies. With the chemical working more effectively, more soil is removed in the extraction process, which can help increase the life of the carpet.”

Additionally, Abrams says that carpet cleaning should be on a set schedule. “While it is not set in stone and changes can be made, having carpets cleaned using hot water extractors on a set frequency ensures they are cleaned before soiling has taken a toll on the carpets,” he says. “If you wait until the carpets have turned brown [from soil] you may have waited too long.”

Whether or not retailers will be able to double the lifespan of their carpets by implementing these measures, it is more than likely they will benefit by taking a more proactive approach to carpet care. “Quality commercial carpet is designed to provide years of quality performance,” adds Abrams. “It just needs a little help on the part of retailers helping to keep it clean and healthy.”

— Robert Kravitz is a frequent writer for the professional cleaning and building industries. He may be reached at rkravitz@rcn.com. 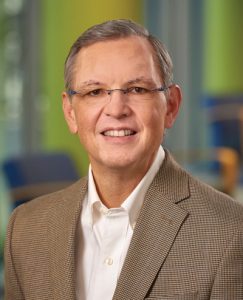 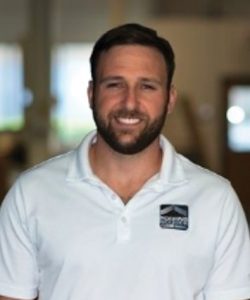 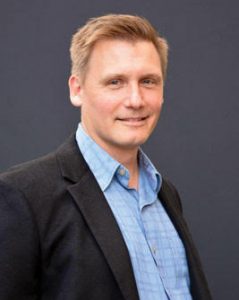 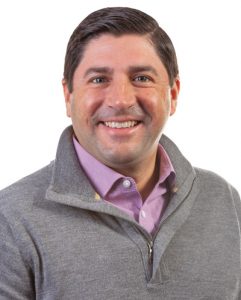 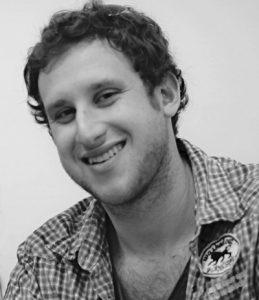 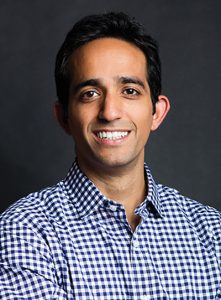